On 21st January 2021, The Clarisse Sisters released their new single, “Fire & Ice” feat. Basia. As the album title track, this song was the obvious pre-runner both unifying TCS’ career as BVs and solo singers, but also pursuing the English new song-writing direction inaugurated with the 3rd and final single from Kaleidoscope in October 2019.

In true vinyl tradition, “Fire & Ice” offers two atmospheres. Side A, titled “Smooth Promenade”, is a silky voyage, a caress to the ears. The first six songs comprise three Bossa Nova inspired numbers: the album opener “Quietude” written with album co-producer Paul Booth, the 1st Single “Fire & Ice” and the seaside charged “Hum & Haw”. The remaining songs include two personal pieces by Véronique: the neo-soul infused “I wish you well” and Dominique’s piano driven jazz classic “Impossible Love”, before climaxing with tabla beats, a grand piano & a four piece orchestra, for an anthem to a passed loved one: “I carry you”.

The final 7 songs forming Side B, offer gradually more danceable numbers. Named “Freeway Groove”, in true American cruising soundtrack fashion, this second part of the album will get your pulse racing with a faster tempo and toe tapping hooks. “Native Strangers” sees Veronique and Dominique sharing the lead vocalist role. “Breathe” is an Al Jarreau influenced R&B number that will get you singing the infectious vocal riff “pada papap”, for hours on end. Then, you will enter into even groovier territory with “I hear a melody” feat. Bluey on vocals. Arguably the greatest musician ever from Mauritius, Jean-Paul “Bluey” Maunick is the founder of Acid Jazz pioneers, Incognito. He joins his “sister compatriots” in a song epitomizing the multi-layered vocal mastery of The Clarisse Sisters. The fourth song on Side B comes as a final breather before a trilogy of hits. “Cloud 9” is Annick’s quintessential angelic voice fused with a Deep South slide guitar groove. A personal trip high-up in the sky, through inaccessible fantasy creative realms…

The last three songs are all potential hit singles. First the Trypl horns spiced-up “Gravity” will get your heart pumping. Then, the Incognito written “Butterflies in June”, is another timeless love song built around punchy piano chords, trumpet riffs and Dominique’s powerful voice. The final number, “Je ne sais quoi”, is a cheeky bonus track, with 70ies influences ranging from James Bond Themes (Roger Moore period) to The Avengers and The Persuaders (John Barry again). The twins, Annick and Véronique, on lead vocals play their “femme fatale” part to perfection, with references to “French touch” or “Gallic flair” in British culture. A perfect “au-revoir” to end a breath-taking album!

“Fire & Ice” is a special treat, a must have, for all quality sound lovers and real singing connoisseurs. Both elegant and sophisticated, it is a gift from angel like voices and also a love letter to the very best in American and English music and pop-culture excellence. 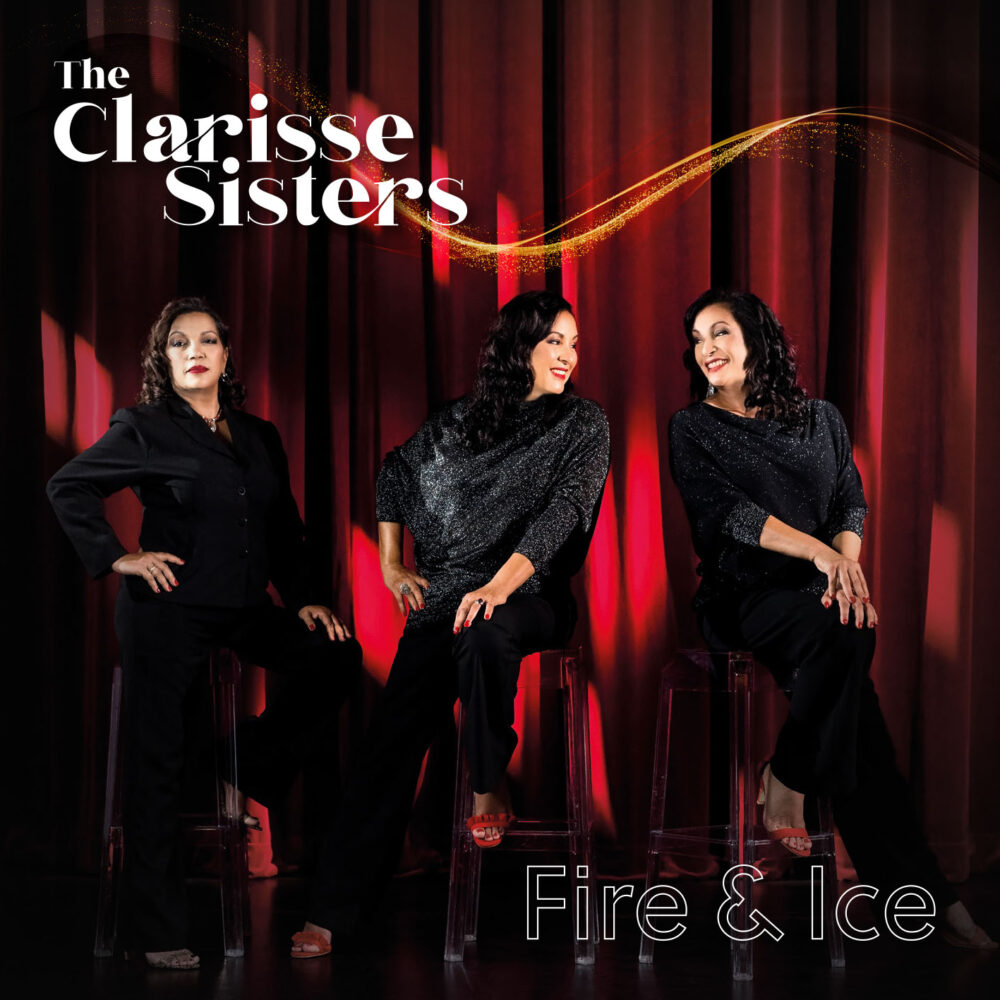